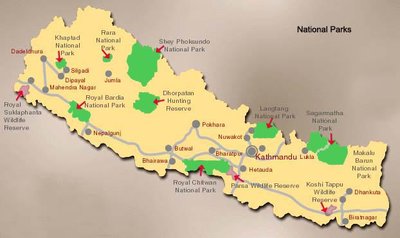 National parks are the area where animals are protected in their natural habitat. National parks work on the conservation of flora and fauna as well as proper utilization of it. There are 10 national parks in Nepal. They are: 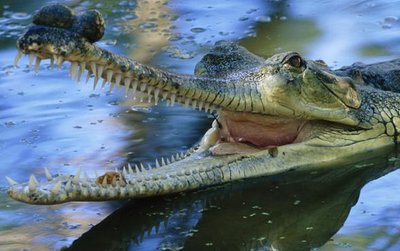 It is located to the south west part of Kathmandu. It has covered 932 sq km of total land area. It lies in Chitwan district. More than 700 species of wild animals can be found in this park. It is famous for endangered species of mammals like Royal Bengal tiger and one horned rhino. It has been enlisted in the world heritage sites list. In this park there are 68 species of mammals. The park is also famous for Ghariyal (alligator). 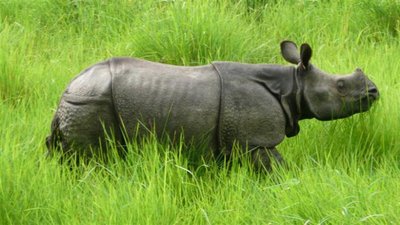 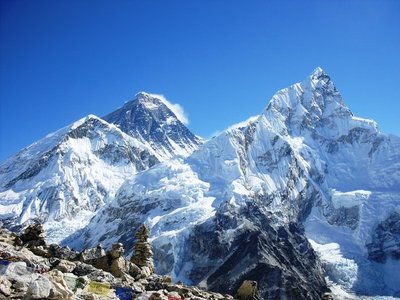 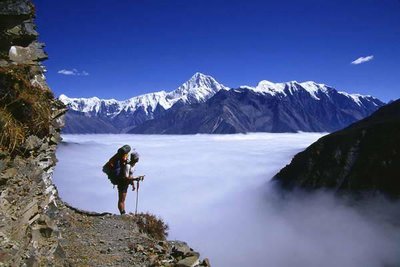 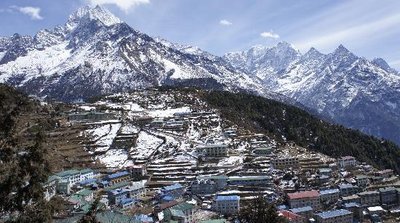 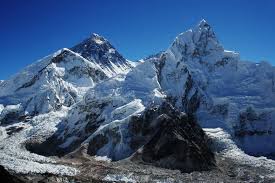 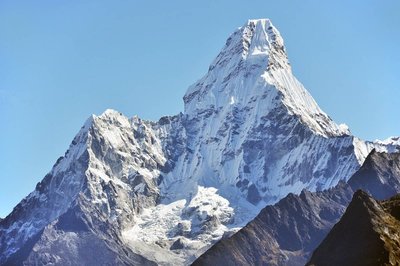 It lies in Solukhumbu district. This park was established in 1976. It is located to the north east part from Kathmandu valley. This park covers 1,148 sq km of total land area. World's highest peak Mt. Everest lies within the boundary of this park. The major attraction of this park is Mt. Everest. Musk dear, Himlayan black bear, snow leopard, red panda are the mammals found in this park. Along with Mt. Everest this park includes other mountains like Mt. Choyu, Lhotse, Nuptse, Amadablam etc. 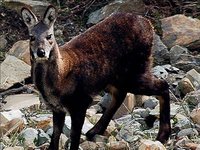 It is situated in Rasuwa district. It was established in 1976. It lies to the north of Kathmandu valley. It covers 1710 sq km of total land area. The major attractions of this park are wild dog, red panda, Himalayan black bear, ghoral musk dear, etc. Various species of Rhododendron flower make the scenery of the park more beautiful. 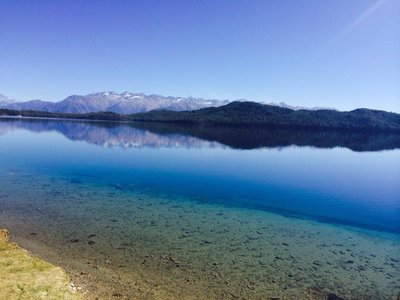 It lies in Mugu and Jumla district. This park was established in 1967. It is located in the north western part of Kathmandu valley. It is the smallest national park of Nepal. Rara Lake is the main attraction of this park. Rara Lake is quoted as the nymph of heaven by various travelers. Rara Lake is the biggest lake of Nepal. It provides habitat for various species of wildanimals. Some of the wildanimals found in this area are musk dear, ghoral, jharal, Indian leopard, Himalayan black bear, snow leopard, etc. 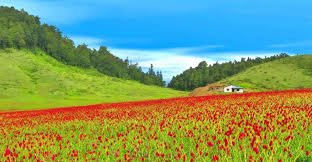 It is located to the west of Kathmandu. This park was established in 1984. It covers the land area of four different districts namely Doti, Achham, Bajhang, Bajura. Its area stretches to 225 sq km. The main attraction is the ashram of Khaptad baba. It is one of the Hindu pilgrim sites. This national park is the habitat for 23 mammals, 287 birds, 23 amphibians and reptiles. The mammals found in this national park are Himalayan black bear, Asiatic wild dog, and musk deer. 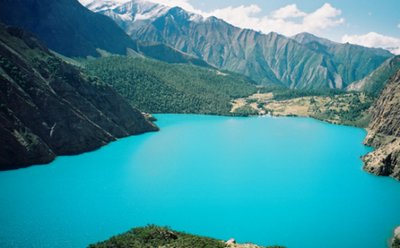 It is the largest national park of Nepal. It was established in 1984. It covers an area of 3555 sq km. The main attractions are Shey Phoksundo Lake and Kanjirowa Himal. This national parks lies in the north-west part of Nepal. This national park covers the area of two districts Mugu and Dolpa. It is the habitat of various wild animals like Himalayan thar, ghoral, snow leopard, blue ship, grey wolf, Himalayan black bear, musk deer, jackal, martens, etc. Similarly, various flowers like rhododendron, juniper, etc are available in this national park.

It is located in the terai to the southwestern part of Kathmandu valley. It was established in 1988. It covers an area of 968 sq km. It lies in Bardia district. It provides the habitat for the Bengal tiger. Other mammals found in the park are wild elephants, one horned rhino, swamp deer, etc. Similarly, various species of floral plants can be found in Bardia.

It was established in 1992. World's fifth highest mountain Mt. Makalu and the Arun valley lie here. It covers an area of 1500 sq km. 78 species of fish, 43 species of reptiles, 16 species of amphibians, and 315 species of butterflies inhabit in this national park. 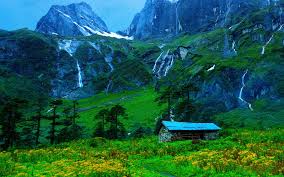 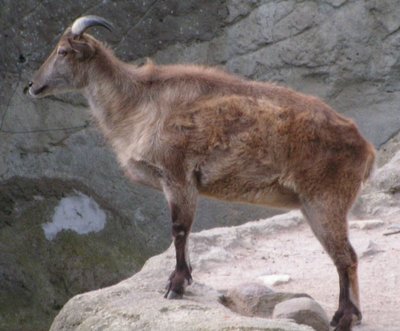 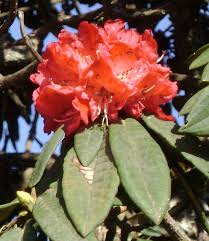 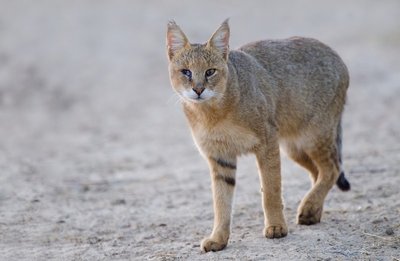 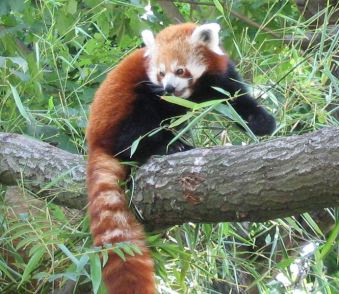 It lies in the northern part of Kathmandu. It was established in 2002. It covers three districts Kathmandu, Sindhupalchok, Nuwakot, etc. It covers only 159 sq km of total land area. Various wild animals and birds inhabit in this park. Some of the wild animals found in this park are wild cat, wild boar, barking deer, Himalayan ghoral, porcupine, etc.

Royal Bengal Tiger is one of the most endangered species of Mammal in the world. This species of tiger can be found only in some countries of the Indian subcontinent. The Indian subcontinent countries where Royal Bengal Tiger resides are Nepal, India, Bangladesh and Bhutan. In Bardia national park there are about 50 Bengal tigers. With great expectations to see Bengal tiger we went to the Bardia national park.

It was the month of November. We (me and my friends) went to Bardia National Park. We went there to see the endangered Royal Bengal Tiger and One horned Rhino. We were vary eager to watch the Bengal tiger. We all made the trip all the way through Kathmandu. We reached Bardia National Park gate and had to wait for a vehicle to take us to the resorts at the national park. The time we reached the resort, the sun had started to hide from us. We then decided to go to the Elephant breeding center before it got dark. Then we urged the owner of the resort to show us the way to the breeding center. He then ordered one of his staff to lead us the way. We then walked about 15 minutes from the resort to reach the breeding center. When we reached the breeding center it was around 5:30 pm so it had been closed. But the staff of the resort who was led us to the breeding center made our setting with the person of the breeding center. Then we were allowed to enter the breeding center for 30 minutes. Then we went and watched the elephants. There were elephants of various size. Some were too big and others were a bit small in comparison. All of us were attracted by the baby elephant who was licking its mother milk. That cute little elephant suddenly stopped licking milk because we made a noise. Then the mother elephant started trumpeting in a very loud voice that every one of us was scared. Then we left the mother elephant and its baby alone. Then we went to a place where the elephant couldn't see us. When she couldn't see us she stopped trumpeting. Then, after watching some other elephants we left the breeding center thanking the staff of the breeding center who let us in on the request of resort staff. Then we returned to the hotel. We had planned to go for jungle walk next day. The main aim was to see the Bengal tiger. So we started seeking information about the Bengal tiger. One of the staff of the resort told us the resort owner was the guide of the national park. So we went on to him to ask about the Bengal tiger. He gave a lecture about the safety measures that should be followed when we go on a jungle walk. He told us "tigers are the animals that feel very shy and they will get away from you if it knows human are approaching near so if you want to see the tiger do not make the noise inside the national park". He told us that we should not wear the dress of bright color. He suggested us to wear the dress of either black or brown color as much as possible. He also told us to wear shoes instead of wearing slippers so that it would prevent us from getting leeches and make us easy and comfortable in case we need to run. He also said us not to pollute the national Park by throwing litters here and there. This lecture was certain to be very useful. We all thanked the resort owner for giving us free tips about jungle walk.

The next day we were all ready to go for a jungle walk with full precautions. Then we moved towards ticket counter bought the ticket and hired a guide and began our jungle walk. When we entered the national park we were into the wild. We made a gentle walk towards the national park. It hadn't been a minute of our walk that we witnessed a wild boar. It was very exciting experience to walk through the national park in search of wild animals. We all moved along the bushes without making any noise. During our into the wild journey, we saw various small and big creatures. We saw various species of birds. Its funny to say but even the guide with us didn't knew the name of some birds. We then walked towards the river hoping for the tiger to arrive. We waited for few minutes saw some birds but couldn't see the tiger. The guide saw us the fresh footprints and shit of the tiger. We then moved more cautiously so that tiger do not run away being afraid of us. But, unfortunately we didn't see the tiger.

Though we waited a long time for the tiger in the spot it usually appears we couldn't see it. We were feeling bored to return from the national park without seeing the Bengal tiger. We returned to the resort with sad face. We were too sad when the Irish girl next to our room showed us the pictures of Bengal tiger she took during her jungle walk. But when we heard from the British family on the same resort that they went for jungle walk for three days but had tough luck and were unable to see the tiger, we thought we were not so unlucky than the British families were. So we had a bit sigh of relief. We all planned that we would come back to Bardia two years later in the summer season. 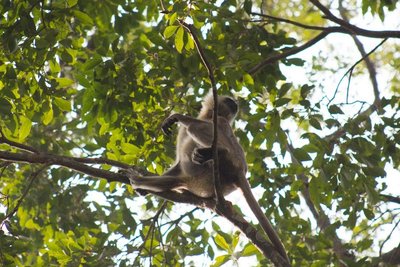 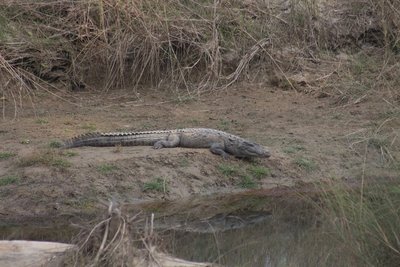 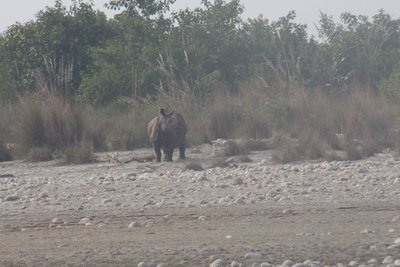 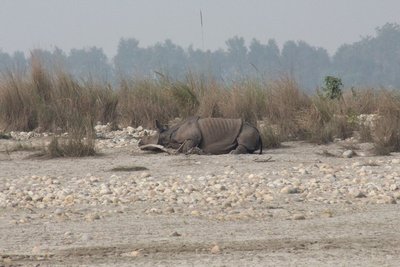 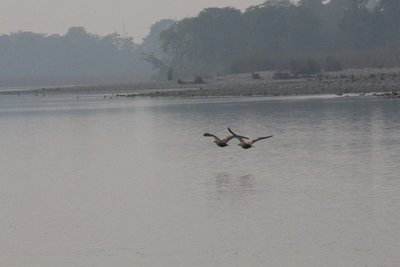 Birds flying above the river 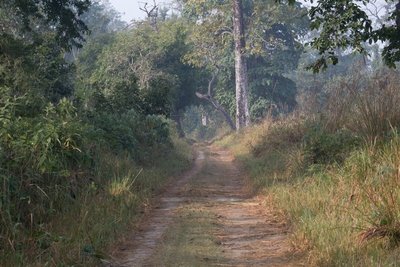 way through the Bardia national park 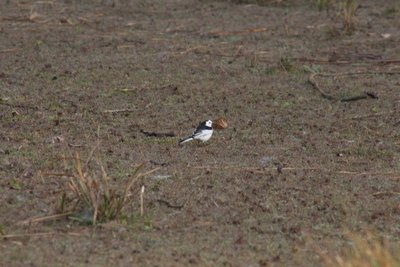 Bird inside the national park 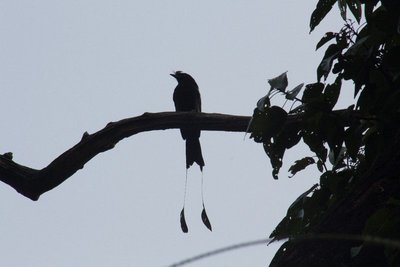 Bird inside the natonal park 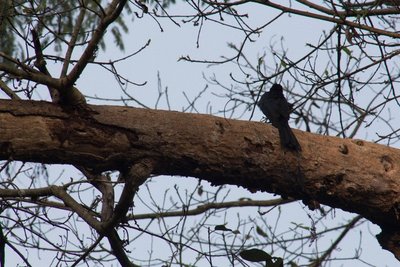 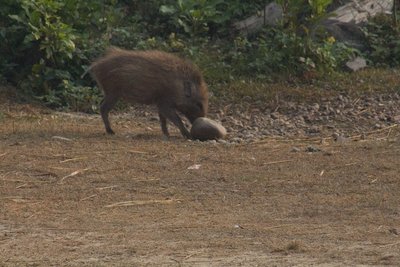